The treatment with leronlimab is targeted as a therapy for patients who experience respiratory complications as a result of contracting SARS-CoV-2 causing the Coronavirus Disease 2019 (COVID-19). Leronlimab is believed to provide therapeutic benefit by enhancing the immune response while mitigating the “cytokine storm” that leads to morbidity and mortality in these patients. The laboratory evaluation of the first four patients treated with leronlimab revealed that the immune profile in these patients approached normal levels and the levels of cytokines involved in the cytokine storm (including IL-6 and TNF alpha) were much improved. The results of the three additional patients are expected this week.

Jacob Lalezari, M.D., Interim Chief Medical Officer of CytoDyn, commented, “The preliminary results observed in patients who were severely ill with COVID-19 and treated with leronlimab are encouraging. Although the data set is still small, we saw fairly rapid and positive laboratory responses in all 4 patients treated, and in three of the 4 patients these laboratory results were associated with a favorable clinical outcome. We eagerly await the results of additional patients treated under the FDA’s emergency IND program, as well as the results of several randomized clinical trials about to start.”

Nader Pourhassan, Ph.D., President and Chief Executive Officer of CytoDyn, added, “We remain encouraged and hopeful that leronlimab will help patients from this devastating and relentless disease. We will aggressively pursue treatment for COVID-19 patients, and to explore leronlimab’s role in helping to alleviate the impending burden of supply chain and institutional capacity issues.”

About Coronavirus Disease 2019
SARS-CoV-2 was identified as the cause of an outbreak of respiratory illness first detected in Wuhan, China. The origin of SARS-CoV-2 causing the COVID-19 disease is uncertain, and the virus is highly contagious. COVID-19 typically transmits person to person through respiratory droplets, commonly resulting from coughing, sneezing, and close personal contact. Coronaviruses are a large family of viruses, some causing illness in people and others that circulate among animals. For confirmed COVID-19 infections, symptoms have included fever, cough, and shortness of breath. The symptoms of COVID-19 may appear in as few as two days or as long as 14 days after exposure. Clinical manifestations in patients have ranged from non-existent to severe and fatal. At this time, there are minimal treatment options for COVID-19.

About Leronlimab (PRO 140)
The FDA has granted a “Fast Track” designation to CytoDyn for two potential indications of leronlimab for deadly diseases. The first as a combination therapy with HAART for HIV-infected patients and the second is for metastatic triple-negative breast cancer. Leronlimab is an investigational humanized IgG4 mAb that blocks CCR5, a cellular receptor that is important in HIV infection, tumor metastases, and other diseases, including NASH. Leronlimab has completed nine clinical trials in over 800 people, including meeting its primary endpoints in a pivotal Phase 3 trial (leronlimab in combination with standard antiretroviral therapies in HIV-infected treatment-experienced patients).

About CytoDyn
CytoDyn is a late-stage biotechnology company developing innovative treatments for multiple therapeutic indications based on leronlimab, a novel humanized monoclonal antibody targeting the CCR5 receptor. CCR5 appears to play a critical role in the ability of HIV to enter and infect healthy T-cells. The CCR5 receptor also appears to be implicated in tumor metastasis and immune-mediated illnesses, such as GvHD and NASH. CytoDyn has successfully completed a Phase 3 pivotal trial with leronlimab in combination with standard antiretroviral therapies in HIV-infected treatment-experienced patients. CytoDyn plans to seek FDA approval for leronlimab in combination therapy and plans to complete the filing of a Biologics License Application (BLA) in April of 2020 for that indication. CytoDyn is also conducting a Phase 3 investigative trial with leronlimab as a once-weekly monotherapy for HIV-infected patients. CytoDyn plans to initiate a registration-directed study of leronlimab monotherapy indication. If successful, it could support a label extension. Clinical results to date from multiple trials have shown that leronlimab can significantly reduce viral burden in people infected with HIV with no reported drug-related serious adverse events (SAEs). Moreover, a Phase 2b clinical trial demonstrated that leronlimab monotherapy can prevent viral escape in HIV-infected patients; some patients on leronlimab monotherapy have remained virally suppressed for more than five years. CytoDyn is also conducting a Phase 2 trial to evaluate leronlimab for the prevention of GvHD and a Phase 1b/2 clinical trial with leronlimab in metastatic triple-negative breast cancer. More information is at www.cytodyn.com. 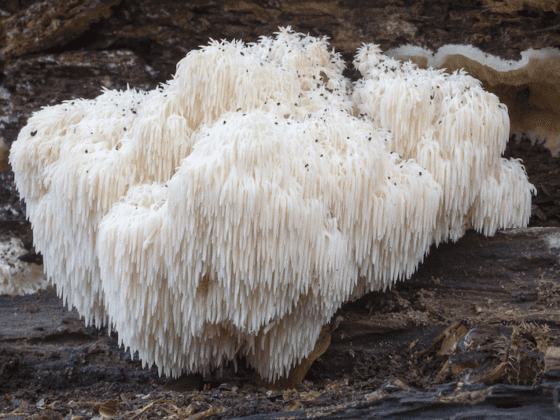