Additional Data Required to Complete Application Expected to be Submitted on May 11, 2020

VANCOUVER, Washington, May 08, 2020 (GLOBE NEWSWIRE) — CytoDyn Inc. (OTC.QB: CYDY), (“CytoDyn” or the “Company”), a late-stage biotechnology company developing leronlimab (PRO 140), a CCR5 antagonist with the potential for multiple therapeutic indications, today further clarified the status of the Company’s submission of its Biologics License Application (BLA) to the U.S. Food and Drug Administration (FDA) for leronlimab as a combination therapy with HAART for highly treatment experienced HIV patients, filed on April 27, 2020 with the FDA.  The BLA will not be considered completed until the Company submits to the FDA clinical datasets required to address FDA comments it received in March 2020, as described in the Company’s press releases on May 4 and May 6, 2020. CytoDyn expects to submit these clinical datasets on May 11, 2020.

After the BLA submission is deemed completed, FDA makes a filing decision and sets a PDUFA goal date. CytoDyn has Fast Track designation for leronlimab and a rolling review for its BLA, as previously assigned by the FDA and the Company plans to request a priority review for the BLA. A priority review designation, if granted, means the FDA’s goal is to take action on the application within six months of receipt (compared with 10 months under standard review).

SARS-CoV-2 was identified as the cause of an outbreak of respiratory illness first detected in Wuhan, China. The origin of SARS-CoV-2 causing the COVID-19 disease is uncertain, and the virus is highly contagious. COVID-19 typically transmits person to person through respiratory droplets, commonly resulting from coughing, sneezing, and close personal contact. Coronaviruses are a large family of viruses, some causing illness in people and others that circulate among animals. For confirmed COVID-19 infections, symptoms have included fever, cough, and shortness of breath. The symptoms of COVID-19 may appear in as few as two days or as long as 14 days after exposure. Clinical manifestations in patients have ranged from non-existent to severe and fatal. At this time, there are minimal treatment options for COVID-19.

About Leronlimab (PRO 140) and BLA Submission for the HIV Combination Therapy
The FDA has granted a “Fast Track” designation to CytoDyn for two potential indications of leronlimab for deadly diseases. The first as a combination therapy with HAART for HIV-infected patients and the second is for metastatic triple-negative breast cancer. Leronlimab is an investigational humanized IgG4 mAb that blocks CCR5, a cellular receptor that is important in HIV infection, tumor metastases, and other diseases, including NASH. Leronlimab has completed nine clinical trials in over 800 people, including meeting its primary endpoints in a pivotal Phase 3 trial (leronlimab in combination with standard antiretroviral therapies in HIV-infected treatment-experienced patients).

The Company filed its BLA for Leronlimab as a Combination Therapy for Highly Treatment Experienced HIV Patients to the FDA on April 27, 2020. The BLA will not be considered completed until the Company submits required clinical datasets to the FDA. The Company expects to submit the required datasets on May 11, 2020. After the BLA submission is considered completed, FDA will make a filing decision and set a PDUFA goal date. CytoDyn has Fast Track designation for leronlimab and a rolling review for its BLA, as previously assigned by the FDA and the Company plans to request a priority review for the BLA. A priority review designation means the FDA’s goal is to take action on the marketing application within six months of receipt (compared with 10 months under standard review).

About CytoDyn
CytoDyn is a late-stage biotechnology company developing innovative treatments for multiple therapeutic indications based on leronlimab, a novel humanized monoclonal antibody targeting the CCR5 receptor. CCR5 appears to play a critical role in the ability of HIV to enter and infect healthy T-cells. The CCR5 receptor also appears to be implicated in tumor metastasis and immune-mediated illnesses, such as GvHD and NASH. CytoDyn has successfully completed a Phase 3 pivotal trial with leronlimab in combination with standard antiretroviral therapies in HIV-infected treatment-experienced patients. CytoDyn filed its BLA in April 2020 to seek FDA approval for leronlimab as a combination therapy for highly treatment experienced HIV patients, and plans to submit additional datasets needed to complete the BLA on May 11, 2020. CytoDyn is also conducting a Phase 3 investigative trial with leronlimab as a once-weekly monotherapy for HIV-infected patients. CytoDyn plans to initiate a registration-directed study of leronlimab monotherapy indication. If successful, it could support a label extension. Clinical results to date from multiple trials have shown that leronlimab can significantly reduce viral burden in people infected with HIV with no reported drug-related serious adverse events (SAEs). Moreover, a Phase 2b clinical trial demonstrated that leronlimab monotherapy can prevent viral escape in HIV-infected patients; some patients on leronlimab monotherapy have remained virally suppressed for more than five years. CytoDyn is also conducting a Phase 2 trial to evaluate leronlimab for the prevention of GvHD and a Phase 1b/2 clinical trial with leronlimab in metastatic triple-negative breast cancer. More information is at www.cytodyn.com. 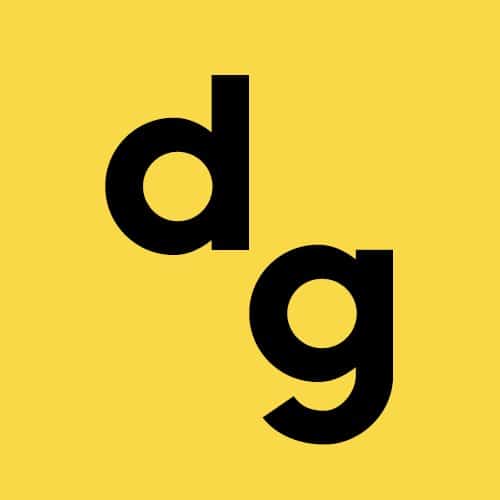 Trazodone Alternatives – What Are Your Options?

Catalyst Pharmaceuticals to Present at the Jefferies Virtual Healthcare Conference

Neoleukin Therapeutics Announces Appointment of Erin Lavelle to Board of Directors