How Much Ashwagandha Per Day? – Ashwagandha is one very important herb in Ayurveda, a health system that emphasizes balance to promote overall wellness.

It has been around for around 4,000 years and prioritizes natural medicines over conventional ones.

They believe that individuals are born with a mind-body form made from natural elements.

This article will be covering all you need to know about Ashwagandha, from its benefits to how much you should take.

First, let’s go into a little more detail on the Ayurveda practice.

What Is Ayurvedic Medicine, And How Does It Work?

Ayurveda is a traditional system of medicine from India that dates back thousands of years.

The word “ayur” means “life” while “veda” means “knowledge” or “science.” In this case, it refers to the knowledge of life and living.

Ayurveda focuses on treating the whole person, not just their physical ailments.

This includes mental, emotional, spiritual, and environmental factors as well.

These methods aim to restore the body to its original state of balance.

The goal is to create an environment where the patient can heal naturally without using drugs or surgery.

In addition to these practices, there are some other key components to Ayurveda:

Ashwagandha is a plant native to India that has been used traditionally as a herb.

It has many benefits including improving energy levels, increasing libido, and reducing anxiety.

Ashwagandha Root is a herb used to improve memory and boost energy levels.

It also helps people who suffer from stress or depression due to its calming effects.

Ashwagandha is considered a Rasayana (rejuvenation) herb because it helps restore balance to the body by increasing vitality.

It is widely used as a treatment for mental and physical ailments.

Also known as Withania somnifera, it is native to the dry regions of India and Pakistan.

It also grows in abundance in the Himalayas and other high-altitude areas.

It is used as a tonic and adaptogen, which means it helps the body adapt to stress.

What Parts Of The Plant Can Be Used?

The entire shrub offers an array of benefits. Its flowers are known to be used as a detoxifier, diuretic, aphrodisiac, and astringent.

The leaves can reduce swelling and fever, and the seeds can be used to prevent and treat parasites and any infectious diseases.

Furthermore, the fruits of this plant also have wonderful properties, such as helping with cancers, tuberculosis, and can be applied topically for skin ulcers.

Despite the above, the root of the Ashwagandha is considered to have the most medicinal properties.

This is because they contain higher levels of active ingredients when compared to the rest of the parts of the plant.

These include inflammation, fatigue, and stress. It is also said to help regulate blood sugar levels, enhance digestion, and improve sleep quality.

The roots can be dried, ground into powder, or boiled in water to make tea. You can also take it as a capsule.

What Are The Benefits Of Ashwagandha?

As mentioned above, Ashwagandha is one of the Rasayana herbs that offer many benefits, one being improved energy levels and boosted immunity.

One study found that taking Ashwagandha increased energy levels by up to 30% in participants.

Another study showed that it could help boost immune function.

Another benefit of Ashwagandha is that it helps relieve stress. This is why some people use it to combat insomnia, fatigue, and depression.

Research shows that Ashwagandha may also help fight cancer. In fact, it was shown to inhibit tumor growth in mice.

You can even get relief from arthritis pain when using Ashwagandha.

One study showed that it helped reduce inflammation and joint pain. It also reduced swelling and stiffness.

You can use Ashwagandha to treat asthma, bronchitis, and coughs, and in addition, it can treat diabetes, heart disease, and liver problems.

This herb is also good for treating urinary tract infections, kidney stones, and can help reduce symptoms of menopause.

Some studies suggest that Ashwagandha may help protect against Alzheimer’s Disease and that it can help improve brain health.

Finally, Ashwagandha can be helpful for those suffering from chronic fatigue syndrome.

The above shows that this natural substance can be used to help an array of health issues, making it a multi-use herb.

How To Take Ashwagandha: Dosage

According to the Ayurveda form of medicine, this herb should be used in the form of a powder in quantities of 450 mg to 6 grams per day.

While a standard dose hasn’t been studied, clinical trials have shown that for the herb to be effective, it should be taken in a 600 mg dose daily.

This can depend, however, on the individual as everyone has different tolerant rates, and it may also depend on the intended use.

Below are some uses of Ashwagandha and some dosage recommendations for each one.

Dosage For Stress And Anxiety

As mentioned earlier, Ashwagandha is thought of as an adaptogen, meaning it aids in the body’s adjustment to stress, and can reduce inflammation among other benefits.

It can also work by reducing the levels of cortisol in a person’s body, which is a hormone related to stress.

A study found that Ashwagandha could reduce significant amounts of stress and anxiety in individuals who took a 300 mg capsule twice a day for 60 days.

Ashwagandha is often recommended for athletes because it improves muscle recovery after exercise.

It is also known to reduce body fat when in resistance training.

If you’re looking to build more muscle mass, you can take Ashwagandha.

One research study found that men who took 500 mg of Ashwagandha a day for 8 weeks found an increase in muscle strength by 1%.

Another study over 8 weeks showed that men who took 300 mg of the root extract twice a day found an increase in their muscle size and strength.

A study conducted at the University of California Davis Medical Center found that men who took 300 mg of Ashwagandha as supplementation for 3 months had improved semen quality.

The researchers concluded that Ashwagandha was safe and well-tolerated.

There isn’t any specific dosage recommendation for joint health.

However, there are many anecdotal reports of people using Ashwagandha for arthritis pain relief.

There aren’t any specific dosages for heart health.

However, a study published in the journal Phototherapy Research found that 400 mg of Ashwagandha a day for 12 weeks helped lower blood pressure in patients who were hypertensive.

In addition to its effects on heart health, Ashwagandha is also believed to help improve brain function.

Some women reported feeling more aroused when taking this herb.

Women who suffer from sexual dysfunction may find Ashwagandha helpful.

In one study, women who took 200 mg of Ashwagandha twice daily reported improvements in libido and arousal.

Thyroid problems are common, but they don’t always have to be debilitating.

These symptoms are caused by an underactive thyroid gland.

Studies show that Ashwagandha has some benefits for treating hypothyroidism.

An 8-week study found that those who took 300 mg of root extract twice a day experienced changes in their thyroid concentrations.

Many women struggle with hot flashes during menopause.

This condition is characterized by sudden episodes of heat throughout the body. This issue is usually worse in the evening.

In one trial, women who took 300 mg of Ashwagandha each day for 6 weeks experienced fewer hot flashes than those who didn’t take it.

Ashwagandha has also been known for its sleep-inducing qualities. Good quality sleep contributes to our overall health and mental state.

It’s important to get enough rest because poor sleep can lead to mood swings, depression, anxiety, and other conditions.

Some research suggests that Ashwagandha’s ability to induce sleep may be due to its sedative properties.

One study found that 300 mg of Ashwagandha taken before bedtime reduced insomnia among people suffering from mild insomnia.

Since Ashwagandha is an adaptogen, it can help weight management as it can balance cortisol levels.

An 8-week study found that individuals who took 300 mg of Ashwagandha root extract twice a day, found they felt fewer food cravings, resulting in this herb having a positive impact on eating behavior.

As stated before in this article, Ashwagandha is effective in reducing inflammation. Inflammation occurs when the body needs to be protected.

A study found that an intake of 250 to 500 mg of Ashwagandha for 60 days could C-reactive protein levels by around 30%, which is an indicator of inflammation.

Are There Any Side Effects Of Ashwagandha

Ashwagandha is a relatively safe herb and has been commonly used for many years.

However, some potential side effects could include an upset stomach, diarrhea, and other indigestion symptoms.

To prevent any side effects, it is recommended that you get your body used to the herb by starting small, and slowly increasing your intake.

While doing this, you can see how your body reacts to it. If you are taking any medications, it is best to consult your doctor before taking this herb.

While Ashwagandha is considered a gentle herb, there are a few categories of people who should avoid it.

It isn’t recommended for women who are pregnant or breastfeeding, people taking certain medications, and people with autoimmune diseases.

It shouldn’t be used during surgeries requiring anesthesia.

Mixing it with alcohol, mood-altering drugs, or sedatives is also not recommended as it could cause unwanted side effects.

To conclude, Ashwagandha is a versatile herb that can be used to treat several ailments.

It is believed that Ashwagandha can improve memory, reduce stress, boost energy, promote healthy skin, and even increase fertility.

It is easy to use and comes in various forms such as capsules, tablets, and liquid extracts.

Furthermore, it’s important to always read the label on the product you buy, so you know what exactly it contains.

If you’re looking for a herbal supplement that you can take daily, Ashwagandha benefits make it a great choice.

With all these amazing uses, it’s no wonder why it’s one of the most popular herbs out there!

In regard to dosage, it is recommended that if you have any health conditions, you start off with smaller doses and gradually work up to higher amounts.

This will allow you to determine whether it works well for you.

The next time you’re feeling stressed, try adding a bit of Ashwagandha to your diet.

You’ll find that it helps calm down your mind and body, leaving you ready to face whatever life throws at you! 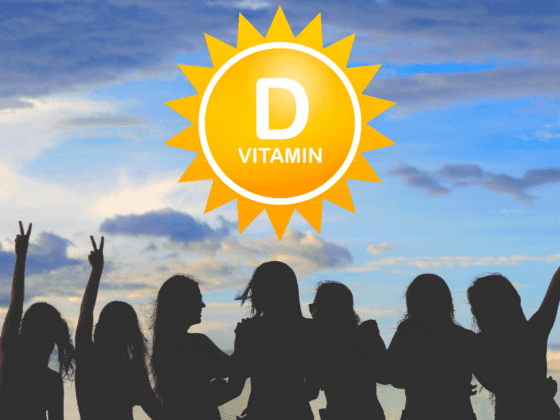 How Much Vitamin D Per Day for a Woman?