Sexual health is a vital part of everyone’s well-being. Whether a person is single or in a committed relationship, it’s important to keep sexual health top of mind.

Despite the implementation of social distancing measures throughout the pandemic, the Centers for Disease Control and Prevention (CDC) reported that sexually transmitted infection rates surged at the end of 2020.
Here at DrugGenius.com, we wanted to learn more about Americans’ sexual health habits. To conduct this study, we analyzed Google search data relating to sexually transmitted diseases and infections (STDs and STIs) over the past four years, and combined this with a survey of more than 1,100 Americans.

When it comes to asking Google about STDs and sexually transmitted infections (STIs), which infections are the most prominent? Nationwide the top searches revolve around chlamydia, herpes, genital herpes, gonorrhea, and human papillomavirus (HPV). According to the most recent CDC data from 2020, there were 1,579,885 cases of chlamydia reported across the country, making it the most sexually transmitted infection in the U.S. for that year.

For the state-by-state breakdown of Google searches, we analyzed the most disproportionately popular searches for STDs and STIs. This means that each state reports a higher number of searches for a specific STD or STI compared to nationwide searches.

In 13 states, scabies ranks as the most disproportionately commonly searched STI. It ranked first in Connecticut, Hawaii, Iowa, Maine, Michigan, Minnesota, Missouri, Nebraska, Ohio, Oklahoma, Oregon, Pennsylvania, and Rhode Island. Scabies is a skin infestation caused by mites, and among adults, it is frequently spread through sexual contact. Another STI caused by a parasite, Trichomoniasis, topped searches in several Southern states including Alabama, Georgia, Louisiana, and Mississippi.

When it comes to the top 10 major U.S. cities, the most disproportionately popular searches for STDs and STIs varied. Chlamydia was the most searched infection in Chicago, Houston, and Dallas. In Los Angeles and Phoenix, people were searching for information on syphilis. In New York City and San Antonio, people are most curious about Hepatitis B and Hepatitis A.

A major part of having safe sex is communication, however, 63% of people say they don’t talk about STDs or STIs with their partner before intercourse. Why don’t people discuss STDs or STIs before sex? Nearly one-third say they trust their partner, while 14% say they were caught up in the moment.

While communication matters in practicing safe sex, knowing if you’ve been infected with an STD or STI is also very important. Surprisingly, 56% of Americans say they are not concerned about contracting STDs or STIs.

As for STD and STI testing, 51% of people say they’ve never been tested. Additionally, 40% say they get tested inconsistently or rarely.

For anyone who contracts a STD or STI, it’s important to get proper medical care and know your next steps. However, 1 in 10 Americans say a partner has been dishonest about their sexual health status. After testing positive for a STD or STI, 12% of people did not tell their partner. The most common diagnoses among survey respondents were chlamydia, herpes, HPV, and gonorrhea.

While sex education may be part of many school curriculums, 1 in 5 Americans say they never took a sex education class. Due to this lack of education, many Americans turned to other sources of information. More than 3 in 4 (77%) say they educated themselves through personal experiences, while 69% report learning online. Nearly half (48%) talked with friends about sex,38% learned from pornography, and 35% got information from books.

When it comes to talking about sexual health with professionals, 28% say they are embarrassed to ask their doctors about sex. Among the women we surveyed, 49% do not see a gynecologist routinely.

It’s important to prioritize your sexual health and communicate openly with your partner(s). If you have questions or concerns, seek answers and information from reliable resources, such as health professionals.

In May 2022, we surveyed 1,109 Americans to get their feedback on sexual health and their sexual health history. Respondents were 48% female and 49% male, with an average age of 37 years old.

For this report, we also analyzed Google search volume related to more than 4,800 sexually transmitted disease and infection keywords, phrases and questions in all 50 states dating back to 2018. We then analyzed the data to find the most disproportionately searched terms in each state and city compared to the national search volume.

When using this data and research, please attribute by linking to this study and citing https://druggenius.com

Does Urgent Care Do STD Testing? 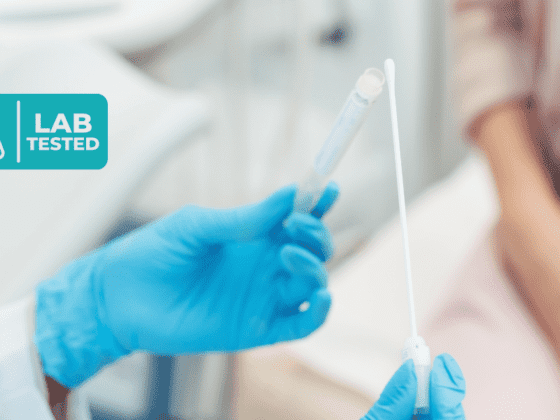 What Is Included In A Full STD Panel?

How Long Does Bluechew Take To Work?

How Long Do STD Tests Take?